Virtual tours show new customers inside your business – even when you’re closed – on their phone, tablet or computer.

As a Google Street View Trusted Photographer 360 OnTheWight can swiftly get your business virtual tour online, available to new potential customers in less than a week.

Not only does it look impressive, but it’s proven to bring more people into your business. Google’s research shows that business listings with photos and virtual tours are twice as likely to result in a visit.

Get found on Google

Your Google business listing is your company’s most visible asset. Improve your presence with Street View content

When prospective customers seek you out on Google Maps, help ensure that their first encounters are great ones

These 360 virtual tours show how your business would be displayed to new customers, be they on Mobile, Tablet, Computer or VR headset.
Navigating them is really easy – just click /tap and hold to move the 360 photo around – Or click on the arrows to jump between photos.

All of this for one price

Our specialist photographers will capture your venue in its best light.

We take care of all image processing, metadata and creation of your Virtual Tour.

We integrate your tours into the heart of Google to boost visits to your business and website.

Attract more likes, shares and views across Social Media with high quality and engaging 360º content that shows off your business.

We can create or edit your Google business listing to ensure it has the most up to date information available.

We are offering Bristol businesses incredibility competitive rates, so they can take advantage of this powerful marketing tool.

Below are some examples to give you a guide to pricing for a few different types of businesses. We are, of course, happy to quote for any size of business.

Below is a testimonial from one of our clients. We have a separate page with more clients testimonials on too.

"360 OnTheWight created 360° Virtual Tours of several well-known Isle of Wight museums to promote them and increasing visitor numbers as part of the successful Isle of Wight Hidden Heroes project.

"Their work was swift, professional and the results are spectacular.

"The Virtual Tours are clearly popular with the public too. In just two months they’ve been viewed over 50,000 times. 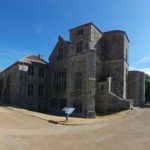 Get in touch and secure your Virtual tour now